Whilst there are many blogs and websites that focus on film reviews, it's important to remember that for academic purposes you need to source reviews from reputable authors who are recognised (and scholarly) experts in the field.  Here are some resources to help you do just that.

Newsbank is an excellent resource for finding recent film reviews published in both Australian and international newspapers.

Check out the library's online newspaper resources for more resources, in particular, The Age and Sydney Morning Herald.

The following film journals publish film reviews.  Establish the year of film release (IMDB is a good place to do this), and check Deakin's holdings to see if there is an issue for the same year the film was released.

As with searching in newspapers, you can limit your results via date, and document type, to refine your results to reviews from the period you are researching.

Whilst internet sources are generally discouraged in academic work, there are some exceptions:

RogerEbert.com describes itself as 'the world’s preeminent destination for movie criticism, commentary and community".  Subscribe to their mailing list to keep abreast of the most up to date reviews.

When looking at reviews on websites on the internet, alway check out the credentials of the review - how many years have they been reviewing films? Have they been involved in the film industry for a long time and if so, what is there involvement? An established film reviewer will have connections to film festivals, film institutions or film industry organisations.

The Screen Show with Jason Di Rosso (ABC Radio National).
Reviews and in-depth conversations with leading film and TV directors, actors and screenwriters from Australia and around the world.

Whilst it can be tempting to 'google' for film festival reviews, remember your information should be primarily from scholarly sources.  Here's how you can search for these types of reviews using the Library Search Advanced Search feature. 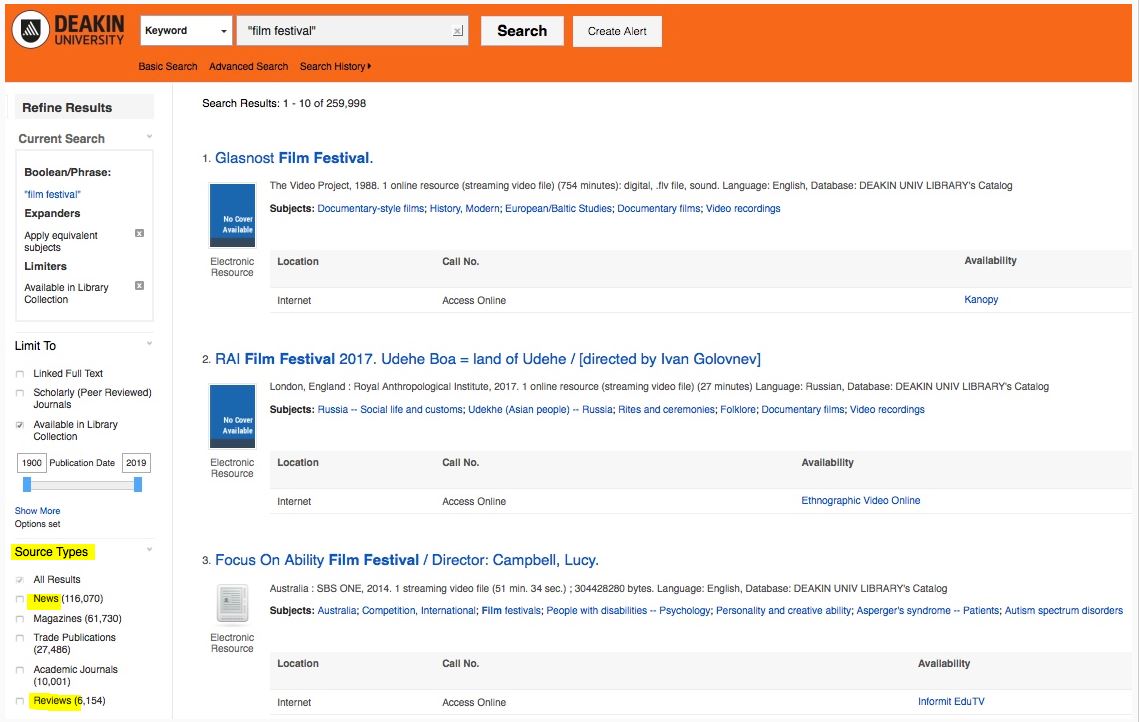 You can refine your search by different Source Types located in the left-hand column: 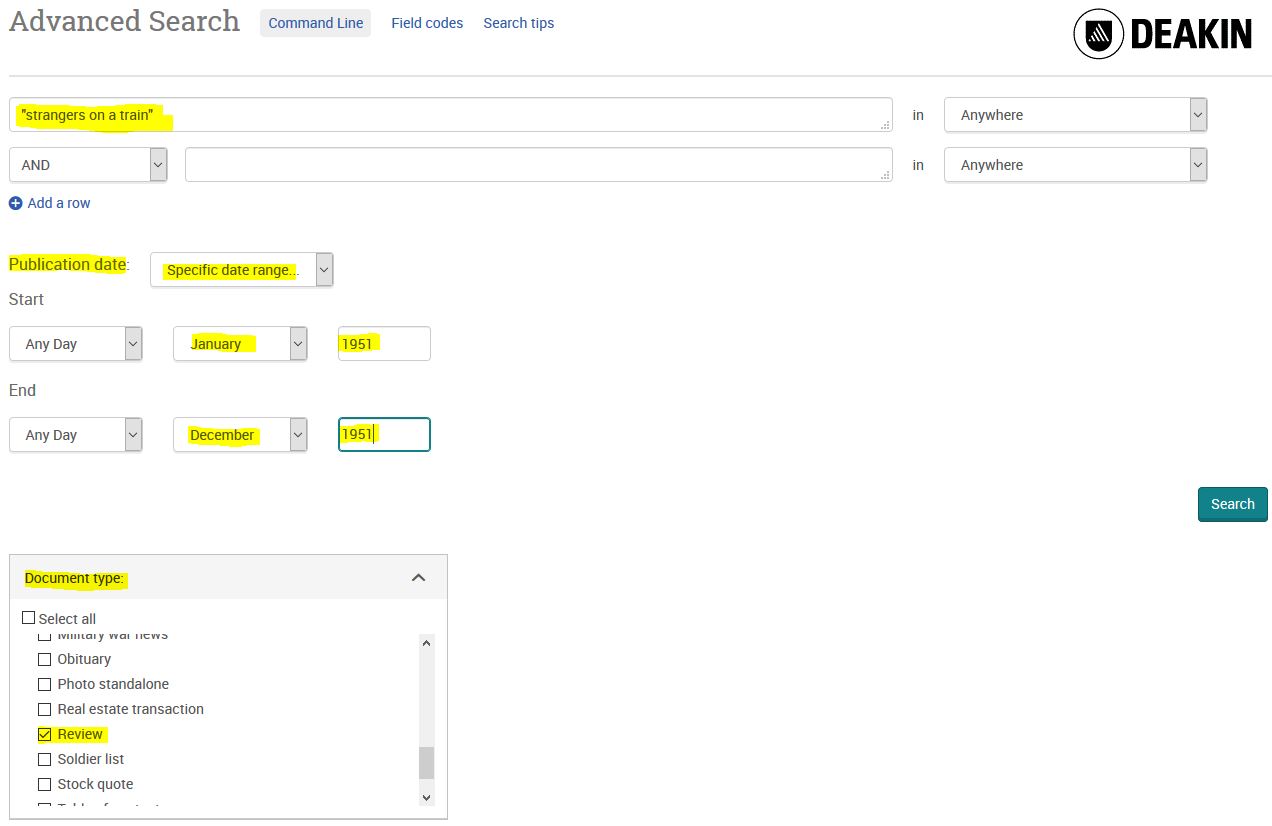