Why Use NVivo for Your Literature Review?

NVivo can help you produce a high quality literature review. You can use it to:

Incorporating NVivo into Your Workflow

The Library provides a guide about planning for your literature review. This includes a possible work flow incorporating NVivo.

This image shows how you could use NVivo alongside EndNote and Microsoft Word. The present guide describes Steps 5, 6, and 7 in more detail (as well as how to use use NVivo without EndNote if you prefer). 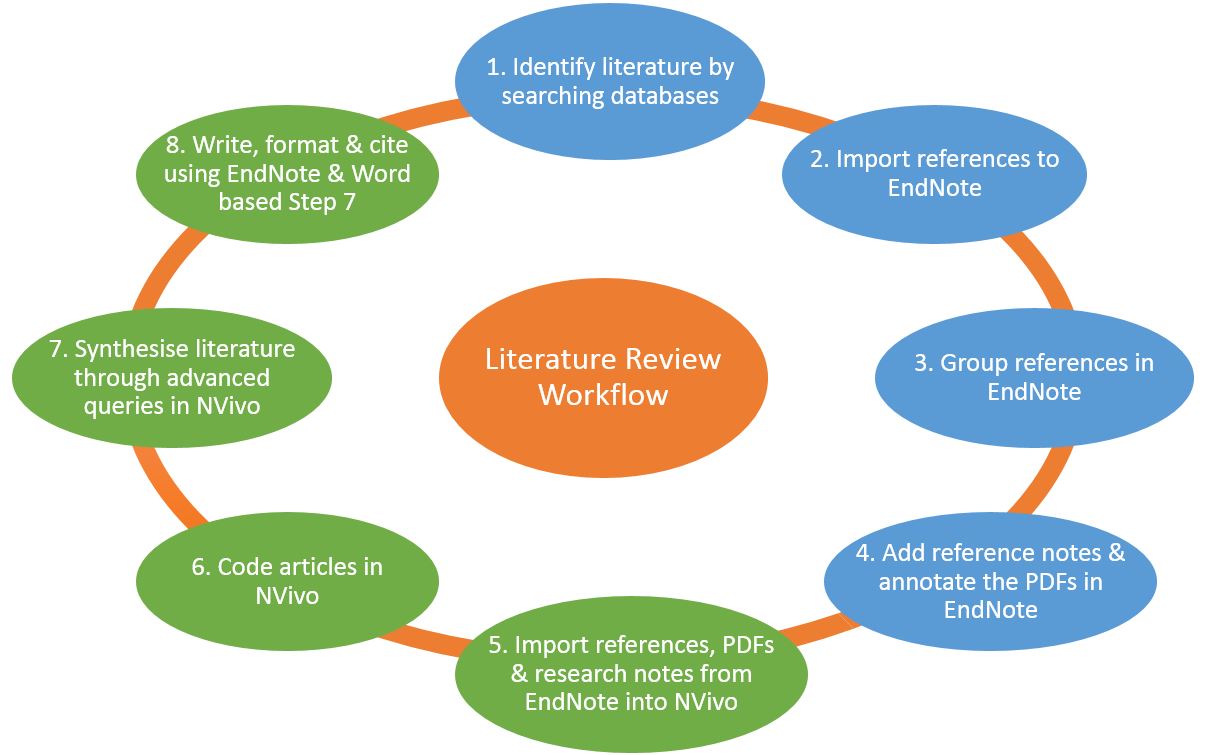 Q: Can I work on the same project across platforms?

A: Yes, but QSR recommends that users work on a single platform.

A: Mac and Windows versions of NVivo use different file types: .nvp (Windows) and .nvpx (Mac).

Q: Can I convert Mac and Windows NVivo files from one platform to the other?

A: It depends. Usually, a workaround of some kind is available, but converting project files between platforms is subject to some important limitations.

A more detailed explanation of these compatibility issues is provided by QSR here.

QSR provides an online glossary of NVivo-related key terms. (A comprehensive glossary is accessible via the "Glossary" tab at the top left of the QSR page.)

We explain the most important terms you will need to know to use NVivo for your literature review below. We use these terms throughout this guide. 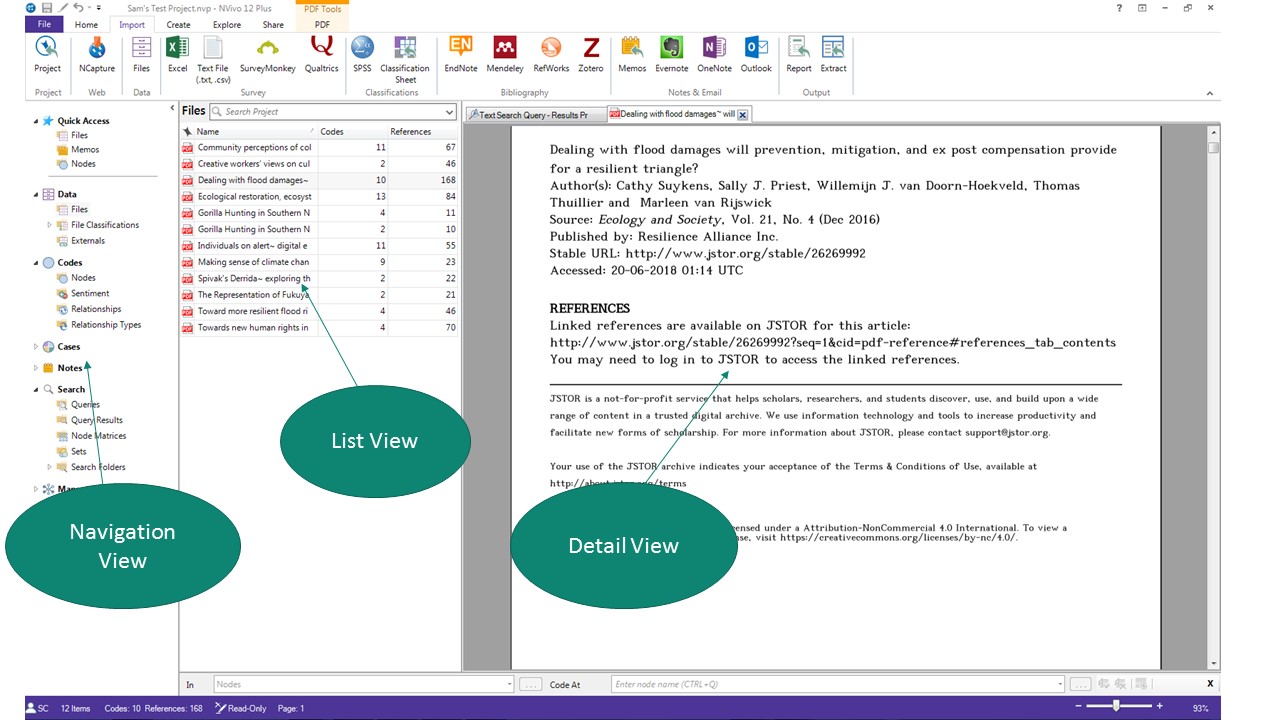 There is an important difference between Internal Files and External Files.

Internal Files: source documents for which the full text is available within NVivo (e.g. as PDF, doc/x, txt, etc.).

External Files: source documents for which the full text is not available, but which can be manually populated with text by the user.

Here are some general rules of thumb to help you organise an NVivo project for a literature review.

Something you will want to bear in mind here is "text readability".

Some reasons why text-readable PDF versions of source documents may not be available:

If you have access to a PDF but the full text is not readable (e.g. because of DRM or OCR problems), you have to make a choice.

What if I have no PDF?

Creating your own PDF versions of source documents is usually straightforward. But check for copyright restrictions first.

You can get free or inexpensive scanning apps for most smartphones. Try Clear Scan or Genius Scan.

Q: What if I only want to reference a small part of a hard-copy text? I don't want to go to the trouble of scanning a document.

A: Your best option is to create an External File and populate it yourself within NVivo.