How a law is made in Victoria 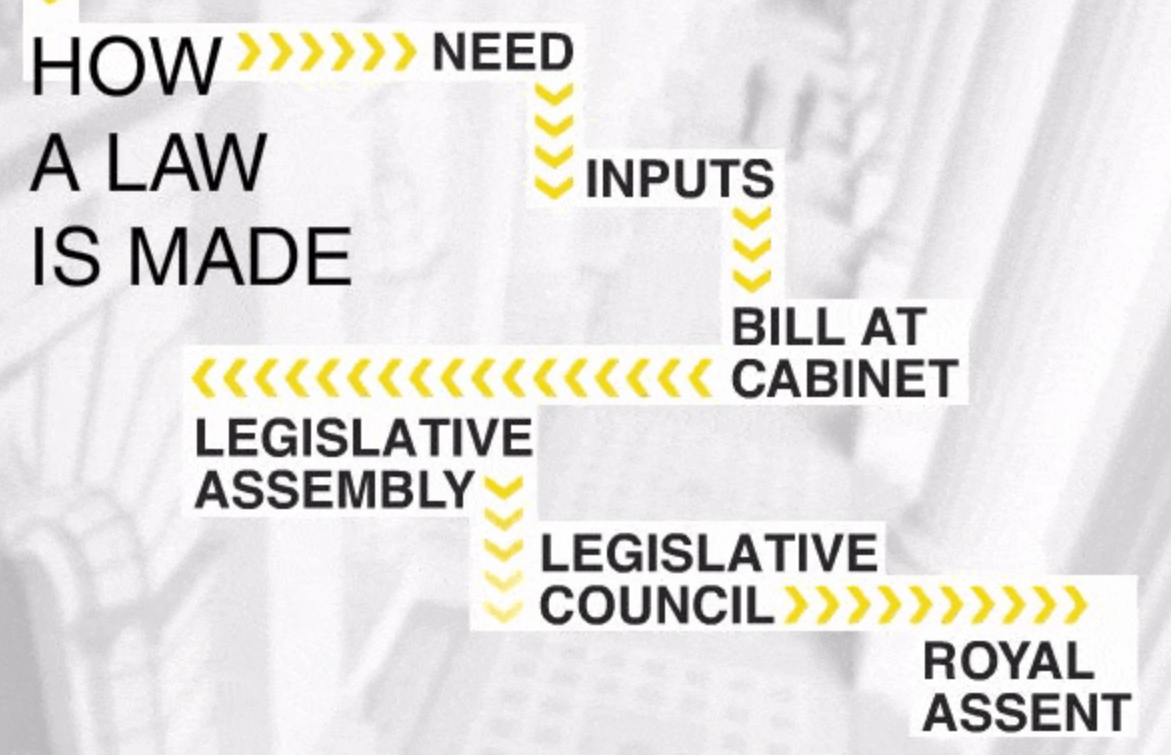 The Victorian Parliament has created an interactive website explaining the six key steps involved in making a law.

An Act begins as a Bill, which may be introduced to Parliament from a variety of sources, (e.g. cabinet or government departments) and then goes through the following processes.

First Reading: Historically this is where the Bill is "read", i.e. read out loud by a clerk. Current practice is for the Minister introducing the Bill to state the name of the Bill and move that it be read a first time.

Second Reading: The Minister responsible for the Bill explains its purpose, and tables any Explanatory memoranda that accompany the Bill. Explanatory memoranda outline the purpose of the Bill and can be useful for research purposes. The second reading speech and the debates following the speech are recorded in Hansard.

Committee stage: A committee of the whole House or a select or standing committee considers each part (clause) of the Bill.

Third Reading: The House votes on the Bill as it stands after it has been through the committee stage. If passed, it is presented to the Upper House (except in Queensland, where the Bill is ready for assent).

As Acts are passed they are given a sequential number, thus the Mental Health Act 1986 (Vic) No. 59 was the 59th Act passed by the Victorian Government in 1986.

How Parliament makes laws in Victoria

This clip, produced by the Parliament of Victoria, explains the parliamentary process behind making legislation.